UX Theater: Are companies just pretending to be user-focused? 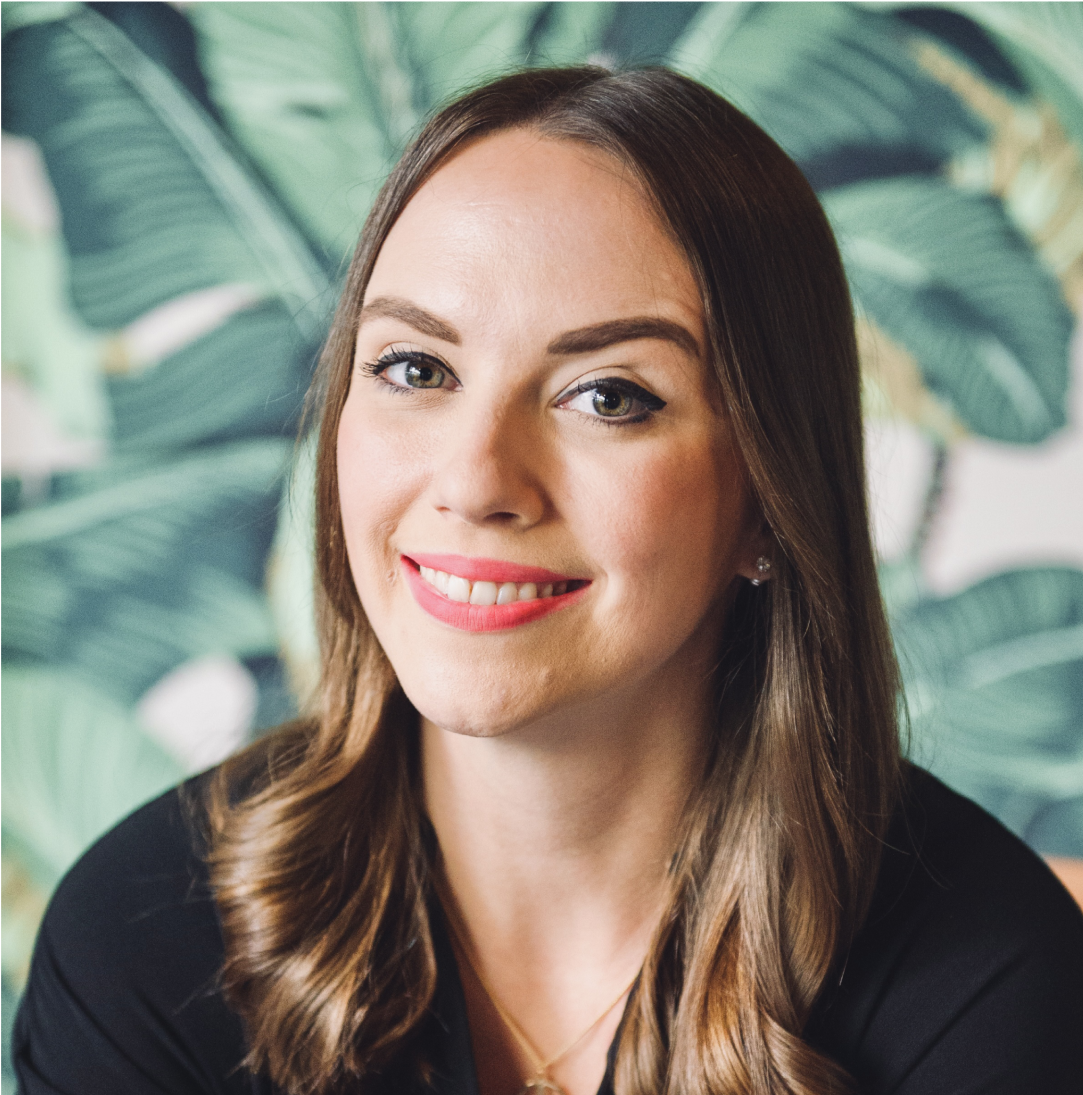 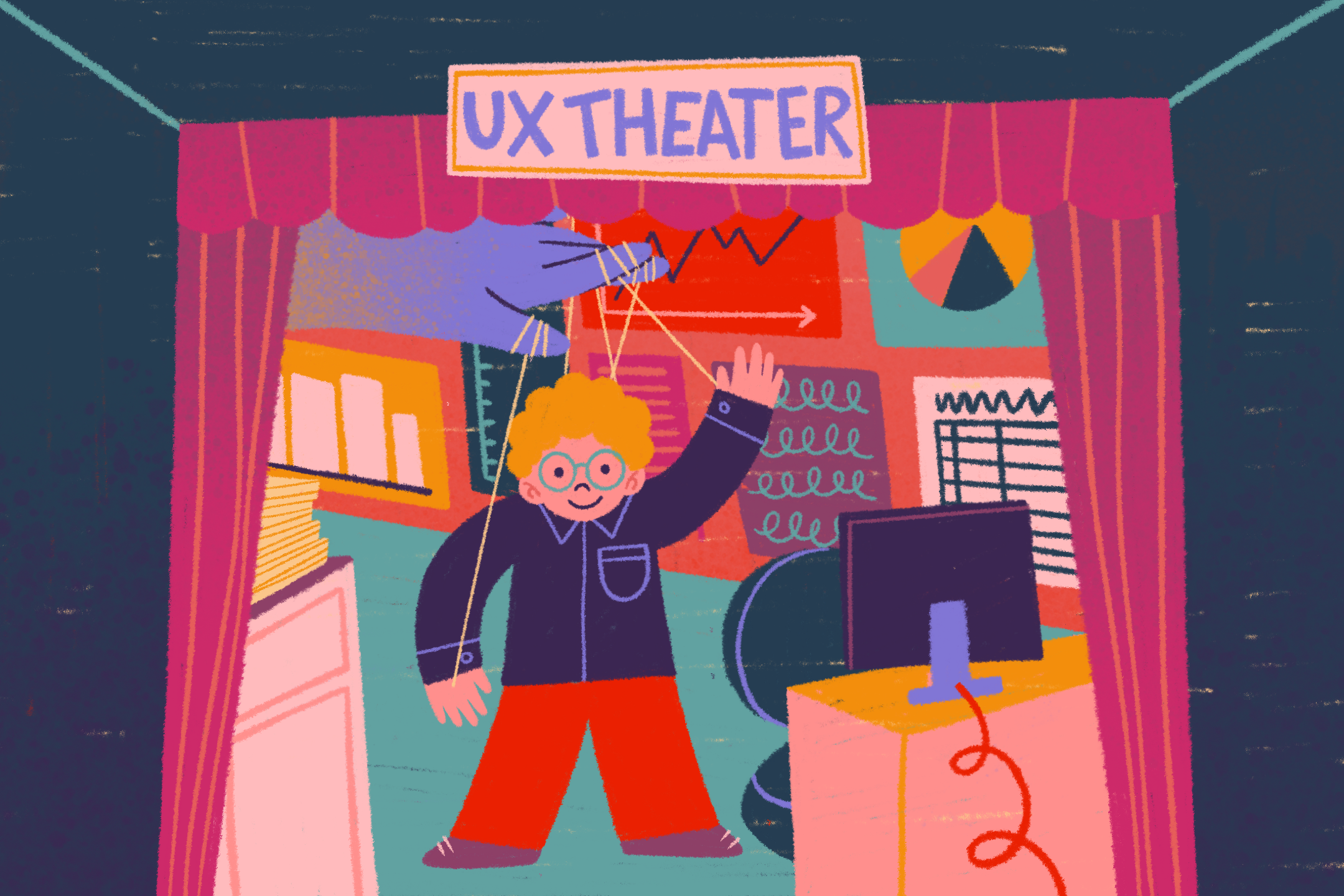 Tanya Snook, who coined the term "UX Theater" in 2018, is a service designer at the Government of Canada. In this episode of UX Watercooler she spoke about UX Theater and how companies might be guilty of putting on a UX show. She talks about how you can look for red flags that UX theater might be happening and ways to avoid them.

‍The evolution of user experience over the years

With more than 25 years of experience including chairing Canada’s longest-running UX Conference “CanUX”, Tanya has seen the rise of UX over the years and closely followed trends in the UX community.

The UX space we know today is dramatically different from what it used to be back in the 90s. Tanya explains how things have changed so much during this time.

According to Tanya, the rise of UX in the Government of Canada came around 2008, when tech enthusiasts picked up this new skill of UX design and started learning user-centered design methods. The government User Experience Working Group trained a batch of 100 public servants during this time.

Introduction of web standard for UX

As a result of continuous growth in the UX space, Tanya was part of the team that developed the web standards for government UX design in 2011 – 2012. The idea was to provide the designers with the three pillars of UX design that will facilitate the users in terms of:

Interestingly, there came the point where things started drying up, and the whole idea of UX design standards seemed to be devalued. It was around the same time when Design Thinking was peaking.

When Design Thinking burst onto the scene, there were already some teams inside the government such as Immigration, border services, Statistics Canada, and others that had great UX teams. Others preferred to build innovation hubs and “design thinking” emerged as a new buzzword.  It was almost like UX was fighting for its place in the market. But that's where Tanya observed UX Theater for the first time.

What is UX Theater and what does it look like?

UX Theater describes when organizations are putting on a show and acting like they’re doing user-centered design rather than actually doing it. With UX Theater, executives latch on to the buzzword of UX but bypass the user in the user-centered design process, failing to empower designers to do the proper work that UX entails.

UX Theater is often elusive in many ways. For example, corporate teams tend to represent their work based on extensive research with in-depth user input. However, a UX Theater-based work lacks user input and, more importantly, any user research.

Tanya explains how she observed the UX Theater as she was working for a governmental department. She came across several projects that boasted user-centricity but were practically based on zero research.

One of the projects was a roadshow where they would talk to public servants. The application was an internal-facing one for public servants. Interestingly, the roadshow became quite monotonous as they kept asking the same questions from public servants as part of their research.

So, one can expect the similarity of answers too. And as a result, they fell into confirmation bias. By asking the same basic questions, they kept getting the same, shallow responses. While the research was consistent, it yielded very few usable insights.There was a much bigger focus on the volume of research, over the quality of research. But looking at the 'success' of the roadshow, the organization was quite excited about the research and the output received by the UX team.

Tanya emphasizes the need to change questions when they get the same answers from everywhere. This is one of the critical signs of UX Theater, where the research team almost expects a specific answer from their respondents. So, there eventually comes a time when you have to ask why are we even bothering to ask these questions when the data being collected isn’t useful?

The need to evolve questioning to avoid UX Theater

So as a way of avoiding UX Theater, Tanya explains that they should have changed the questions as they moved across the country. Interestingly, the research team never saw this as a problem. According to them, asking the same questions everywhere was all part of being collaborative and consultative.

The team believed that their research was paramount, and they were doing more than a satisfactory job by asking the same questions and getting the expected answers.

Eventually, as this trend of ux "for show" became more common, Tanya wrote a twitter thread and later a blog post about UX Theater to address the issue.

When Tanya addressed the issue, it immediately resonated with people who felt gaslighted in their roles, advocating for UX, but realizing they were actually up against UX theater. It becomes a delusional affair when teams aren't doing UX but labeling their work to be supported by user experience. Finally having a label for the experience was validating and struck a chord.

How to spot UX Theater

Generally, most companies hire individuals for specific UX roles. As a result, there are dedicated positions and formal setups for UX. However, in some cases, when you get to the base of things, it appears as if there is little to no UX work being conducted. But to observe such details, one needs to get closer to the action.

That's why UX Theater is tough to spot. Hence, it's important to understand the signs of a UX theater.

Tanya shares her experience of spotting UX Theater. Here are a few critical signs can help you evaluate whether or not your current or prospective company is performing UX Theater.

1. Focus on what companies say about user feedback

When companies tout their research or products, they often use terms and phrases like 'we know our customers very well,' or 'we know what they want, so we don't talk to them,' etc. Interestingly, some companies take user feedback just once and build their entire system around that single piece of information. This means there are fewer chances of innovation as time progresses.

More importantly, the feedback they receive isn't too substantial, either. They might talk to a couple of users and build their responses around the limited information they receive.

2. Using the users for show

Another red flag for UX theater comes from the apparent use of the users. This is where the teams include the users superficially or just at the end of the process. So, it's often like asking the users to validate the product or application without providing useful insights.

This way, the designer never gets a chance to incorporate their feedback or experience into the design, and the company gets to claim that they validated the products or services.

One of the critical indicators of a UX theater is the lack of design maturity. When a team runs a UX theater, they are less likely to have design maturity, or a philosophy that explains or backs a certain UX. Designers find themselves promoting user experience design in organizations where the UX practice is immature, advocating for the use of proper design methods, for including users, for permission to do design instead of design theater.

However, Tanya believes it is possible to determine if the team has design maturity in their product management process when you ask the right question.

If not, they are likely to be superficial, using fancy terms to explain their reasoning or actions.

In many ways, figuring out UX theater is all about picking the keywords. So as an investigator or interviewer, it's important to ask the right questions and then concentrate on how the design teams respond to you. 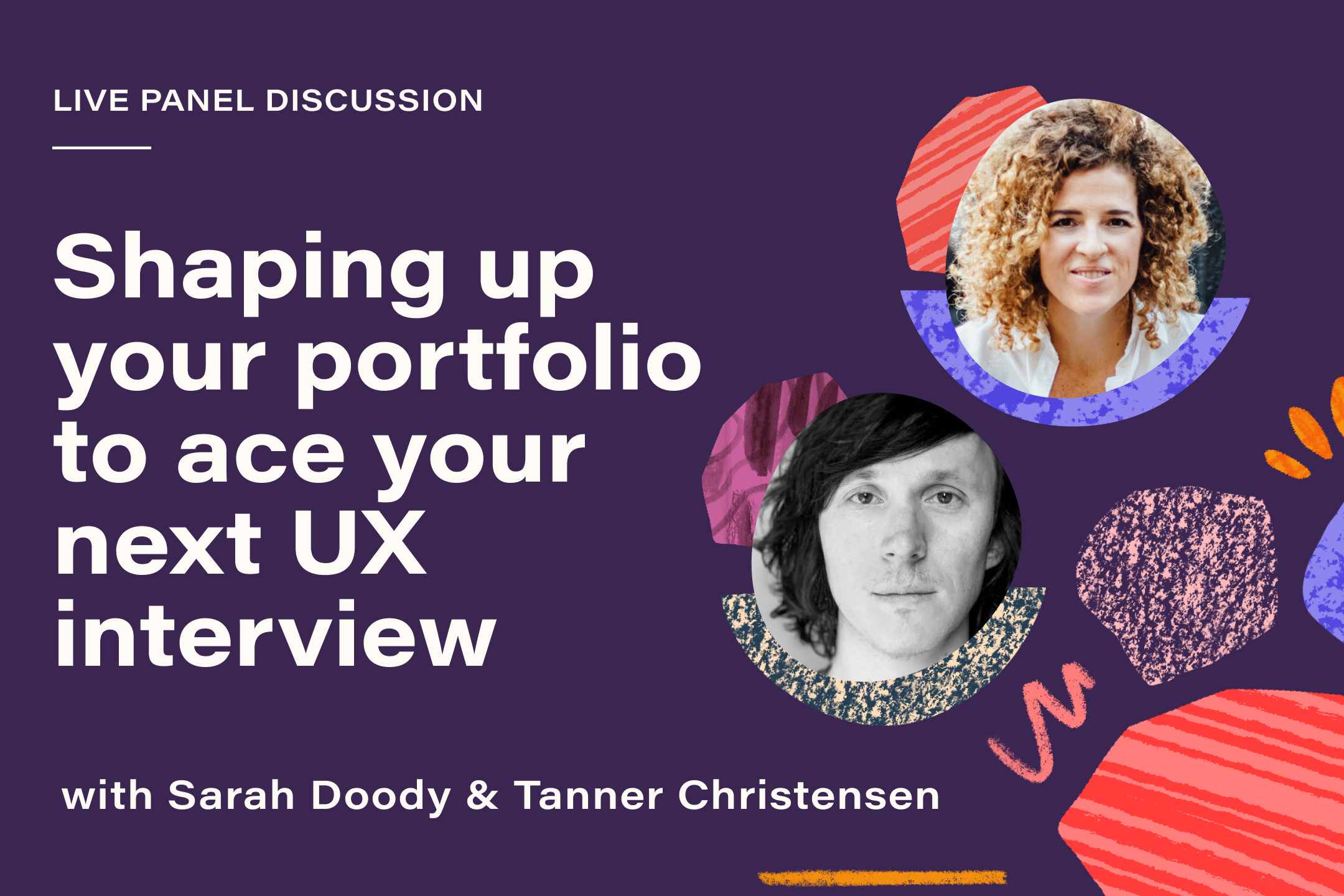 The consequences of UX Theater

When teams put on a UX Theater show, they lack the core element that should originally initiate a design. Instead, their design is more of a gut feeling because there is no research to back it up.

According to Tanya, there are some major drawbacks of UX Theater.

Since UX Theater involves limited or no input from the users, it often misses out on important use cases. Therefore, the products aren't ideally suited for the intended audience. But design teams might think of such cases as edge cases. However, they could be the actual target audience.

It also over-emphasizes the role of internal stakeholders instead of talking to the audience.

How organizations can stop UX Theater

From the UX Theater 'symptoms', it is easy to figure out ways to prevent UX Theater from happening in your organization. Some of Tanya's recommendations include the following practices:

1. Evangelize design by including internal stakeholders

Most companies that practice UX theater don't know much about user-centric design. So, it's important to include internal stakeholders and users in the design process. However, it’s also important to make sure that design decisions are ultimately still made by the designers. Be wary of efforts intended to increase collaboration that actually decrease designers’ decision-making powers.

Once the research is done, it's critical to connect it with your design too. There is no point in keeping the research to yourself. Instead, it's pivotal to integrate user feedback to support the design of your products or applications.

It's also important to emphasize using the right tools to gather user feedback. This way, the research becomes more authentic and fact-based.

Documentation is important, especially when you find yourself working on a UX theater project. For example, you can document what the team isn't doing as much as what they are doing. For every report or document created without user validation, include a short description of the methodology and explicitly state that this work was completed without consulting users. Identify the team's assumptions and explain the risks of not vetting the work through user research. Propose next steps and suggestions of ways to incorporate actual user feedback into the design process. Regularly documenting your work creates an accurate narrative and reduces the chances of delusion or bigger mistakes down the road.

UX Theater is a widely propagating concept that has its pitfalls. Companies realize it too late when they cannot solve users' problems just because they don't have research-based designs. So, understanding UX Theater and its signs from industry experts like Tanya can be very helpful in recognizing and preventing such organizational evils. 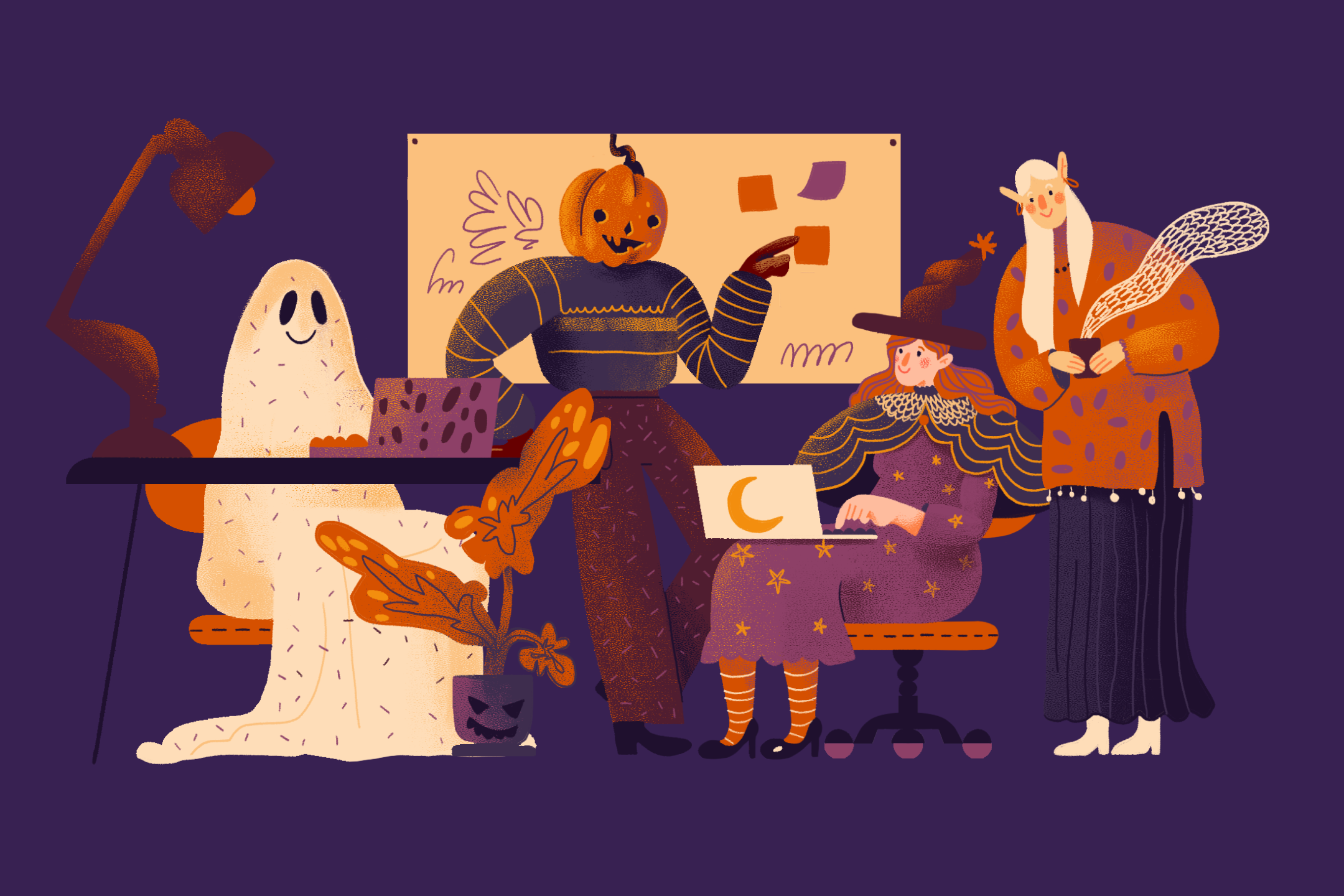 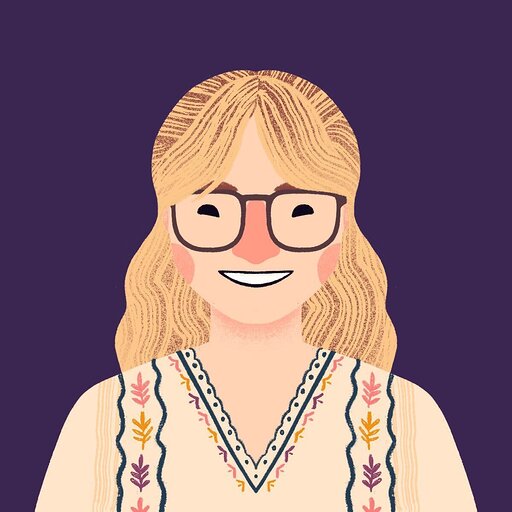 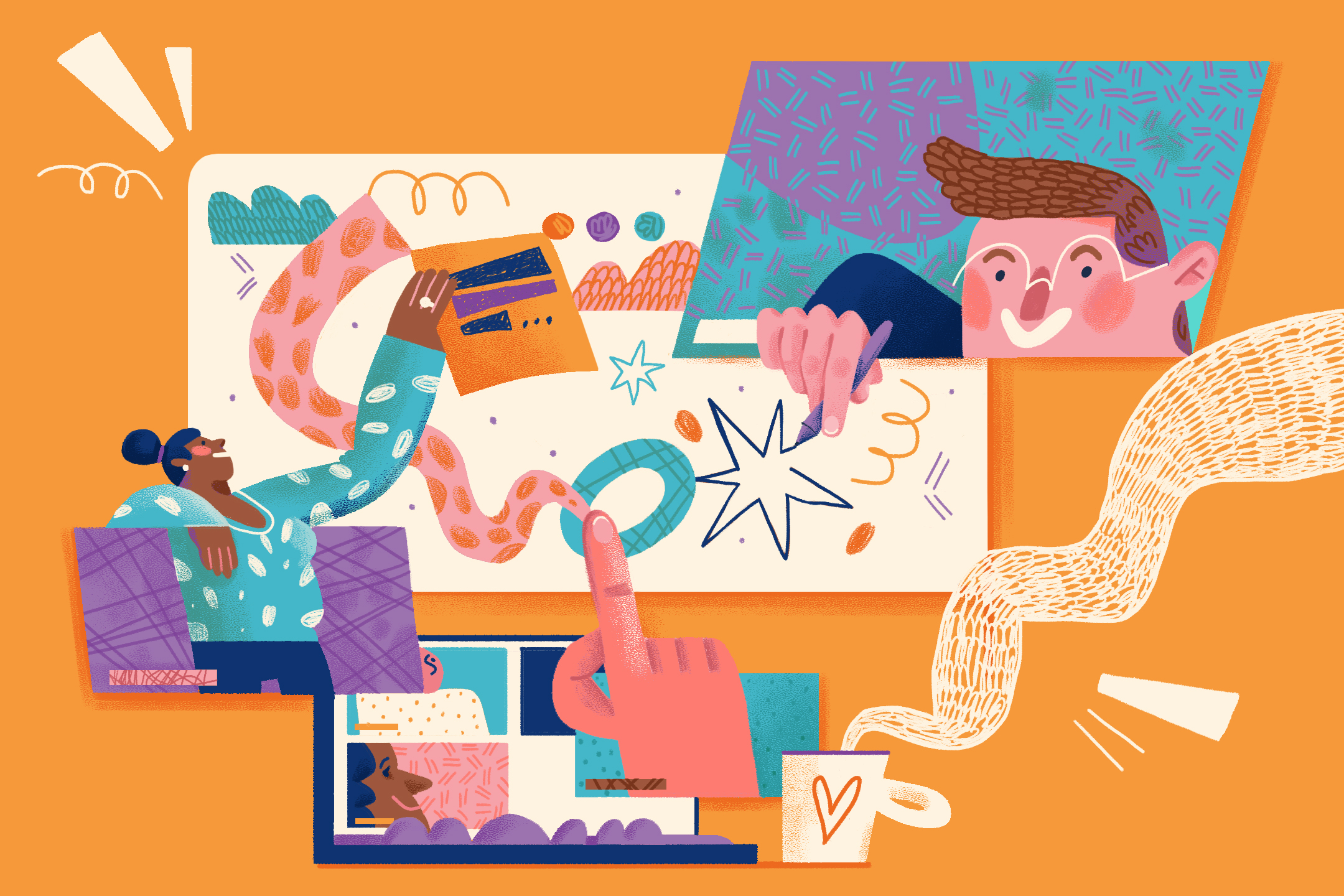 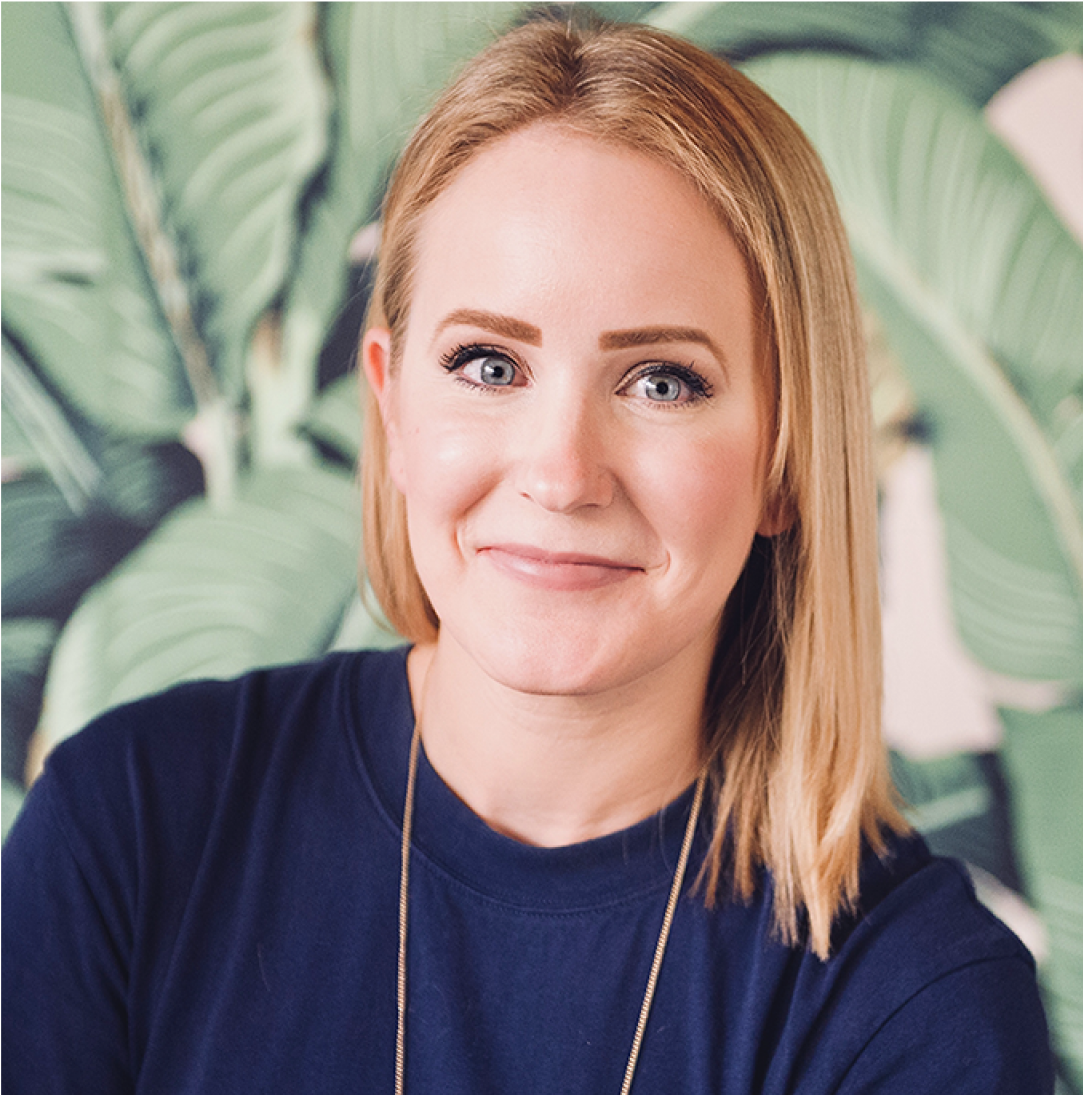 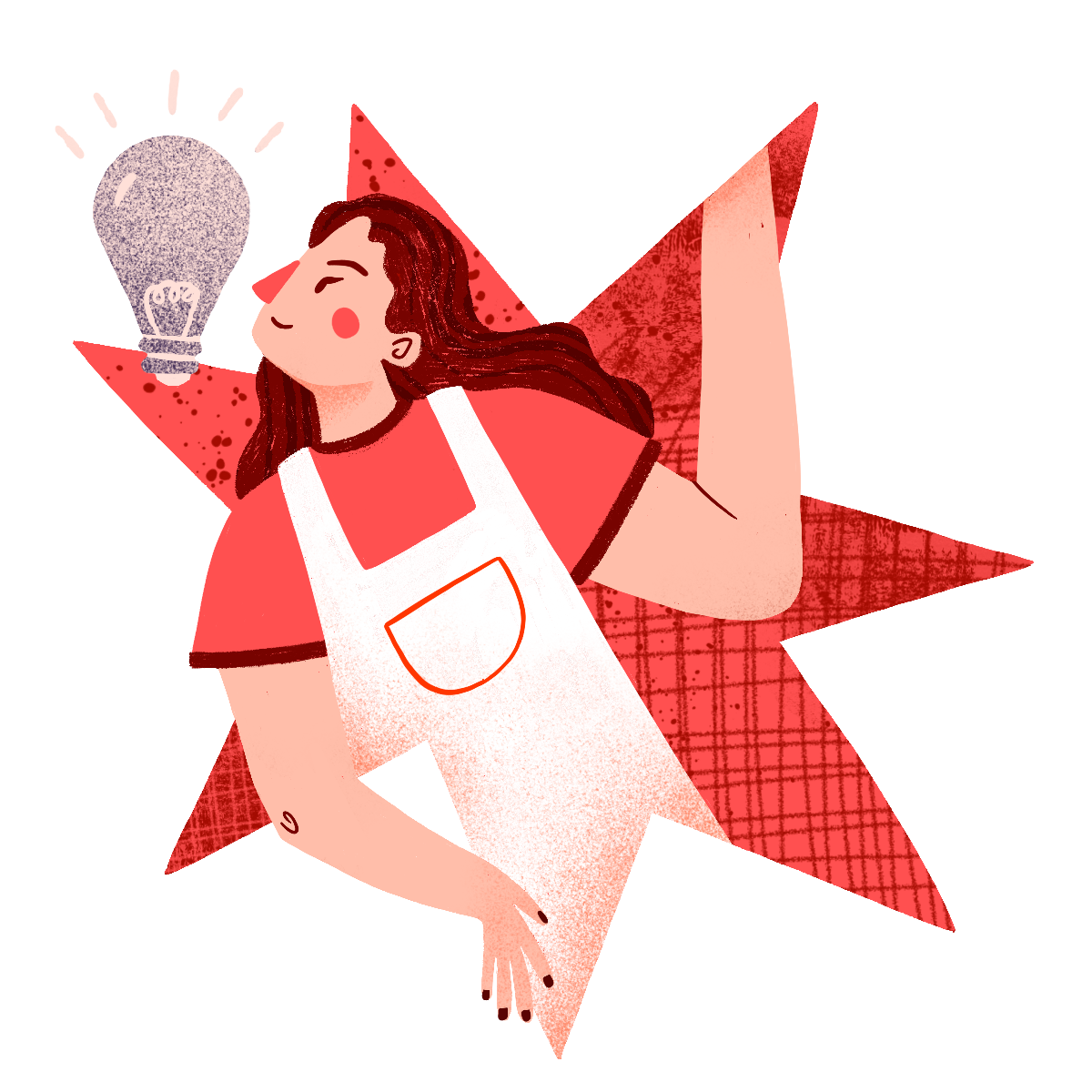